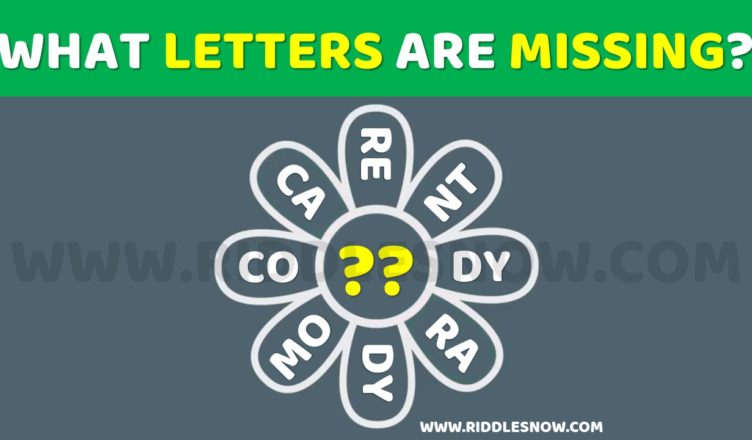 The police were found Zoey on the street and took her to the hospital. She was about 2 years old and could not speak. Soon three-man arrived. Everyone insisted on being Zoey’s father. The doctor called the police and the police interviewed each of them.

Mark says: I was so scared! I called the school but did not know where she was.

Eric says: We were walking the dog in the park. I turned my back just for a minute, and she was gone.

Alan says: I have no idea why she ran away! Dear, I have bought you a new phone!

Who is the real father? (See The Picture)

Answer: Mark is lying because Zoey can’t even speak, she is too young for school.

Alan is trying to lure her with a present so he is also not her father.

The married couple was shot dead in their car. The police found two invitations to a high school reunion signed by the principal. The detective questioned the principal and their schoolmates.

Mr. Johnathan the principal said: It’s not my signature! I would never invite them!

Mrs. Georgia the headteacher said: They were expelled for bullying!

Emely said: No one wanted them to come!

Jayson said: He broke my jaw!

Who is the killer? (see the picture carefully)

Answer: The killer is Emely. When you see her carefully you will see she hides a gun in her purse.

3. Which prince should she choose?

Once open a time, there was a beautiful princess. Once she woke up to a wonderful melody. She went out on the balcony to see what was out there and an evil wizard captured her and locked in a castle guarded by a dragon. The king announced that anyone who would free his daughter would be able to marry her. Soon the princess heard someone fighting the dragon. She was looking forward to meeting the prince, but then three princes appeared in front of her.

1st Prince said: I came to set you free!

2nd Prince said: I went through swamps and forests to save you!

Which prince should she choose? (See The Picture)

Answer: 3rd Prince Lied! there is no blood on his sword.

2nd Prince is not a real prince, he must be the wizard! because the bottle in his hand is Transforming potion.

Princess should choose the 1st Prince.

Brock and Kelly have been married for 5 years. They have a son little Jack. On a Saturday afternoon, they went out for lunch and left Jack at home. When they came back in the evening They found little Jack Dead. Only their Babysitter, Maid, and Chef were at home.

The babysitter says: I was ironing Sam’s school uniform for tomorrow.

The maid says: I was cleaning the corners.

The Chef says: I was chopping vegetables for dinner.

Answer: The killer is Babysitter because she said she was ironing the uniform for tomorrow but the next day would be Sunday.

5. Which track will take the most time? (Brain Teasers)

James, Luis, and Logan are famous motorcycle racers. Today they are going to freeride together. Each of them has chosen a track. All tracks are of the same length but there are obstacles on each of them.

Going around A Tree takes 3 seconds.

And they have to stop before a Sign for 1 second.

Which track will take the most time?

6. Where is your friend?

A mad scientist kidnapped your friend and hide her behind one of the doors in his lab. The scientist repositioned the doors to confuse you but the guardian gave you some clues.

The Red Door is somewhere to the left of the door leading to your friend.

The White Door is the middle one.

The Blue Door is not at either end.

The Green Door is three-doors away from the door leading to your friend.

The Yellow Door is adjacent to the door leading to your friend.

What’s the actual position of the doors?

Inside which door is your friend is trapped?

Answer: Your friend is trapped behind the blue door.

7. Who stole the Documents?

Mr. Branden was the head of a law firm. He was working in his office. When suddenly the power went out. Half an hour later, it came back on. Suddenly Mr. Branden remembered that one of the safes in the office was an electric safe. Someone could open it if there is no power! He ran to the safe, but it was too late. The safe was empty and all the important documents were gone. He identified several suspects and asked what they had been up to for the last half hour.

Jasper said: I left the office for some coffee and donuts.

Lia said: It was dark, so I had a little nap.

Brayan: I went to the kitchen to get a latte from our new coffee machine.

Mr. Branden had found the thief!

Who stole the Documents?

Answer: The thief is Brayan because the coffee machine would not work without electricity.

Alice was a successful lawyer. One morning Alice went to work and suddenly remembered that she had forgotten important documents at home. She decided to return for them. When she was about to leave again, she heard a strange noise. Someone was breaking into her house. Alice immediately called the police.

Alice to Police: Help! Someone’s trying to get into my house!

Police to Alice: Don’t worry, we are on the way!

The Police Came quickly. Alice was ready to open the door, but she realized there were two policemen. One was standing near the front door and the other one was by the back door.

Which Police officer is real? (See The Picture)

Answer: A real policeman would not knock on the back door. This is a criminal!

9. Who spoiled her dress?

It was Erica’s first day in college. She was passing by the campus when someone poured paint onto her new dress. She turned around and saw three girls painting the wall.

Who spoiled her dress? (see the picture carefully)

Answer: Number 3 girl. She has less paint in her jar than the other girls.

The evil queen decided to get rid of her daughter-in-law. She decided to poison the apples that the princess was about to have for breakfast but the amount of poison turned out to be only sufficient for two apples.

Which Apple is safe? (See The Picture)

Answer: “A” Apples is Safe because the worm is alive so it must be safe.

11. Who was the Murderer? (Brain Teasers)

Julia and Charles lived with their four friends. One day, Charles came home and found Julia dead on the sofa. The detective arrived and interrogated all four friends.

Lucy said: I was in the kitchen four 2 Hours.

Molly said: I was painting in my room.

Rylee said: I was swimming in the pool for three hours.

Brian said: I was reading a book in the garden all day long.

The detective asked to show their hands and found out who lied to him.

Who was the Murderer? (See The Picture Carefully)

Answer: The murderer is Rylee if he had been in a swimming pool for so long, the skin of her palms would hare been wrinkled.

12. What letters are missing? (Brain Teasers)

Amy hated English lessons and often skipped classes. She was going home alone late at night. Suddenly her English teacher Mr. Oscar appeared right in front of her. He grabbed Amy and put her into the trunk of his car. She got really scared and fainted. Amy woke up in a basement and saw Mr. Oscar drawing some sort of flower on the floor.

Mr. Oscar said: Two letters are missing here. Guess what letters and I will set you free if not, you will stay here forever!

What letters are missing? (See The Picture)

Answer: The letters are “ME”.

So, how many brain teasers and riddles did you solve? please tell us in the comment box and SHARE these brain teasers puzzles for kids and your friends.